My App Pick: Crayola Colorful Creatures Around The World! 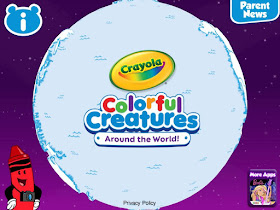 I just wanted to take a moment and share this cool app I saw at the iTunes store. It's an official Crayola App created by Budge Studios called Crayola Colorful Creatures Around The World! It's one of the best apps I got for Rain. In fact, it's under the Best New Apps category on the App Store. 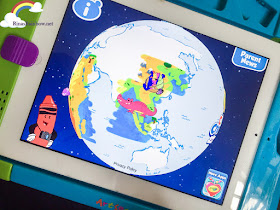 Now before you react, I know that nothing beats real physical crayons and paper. But you have to have something in your iPad to give her a break from all the toy reviews in YouTube.  It's one of the nicest apps I've seen lately. You child gets to creatively color different animals from different parts of the world. In the free version, you only get 3 animals. Then you can unlock all animals for $6.99. 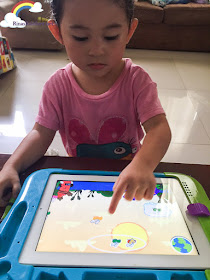 If you ask me, $6.99 is worth it because it really entertains my little kinder. 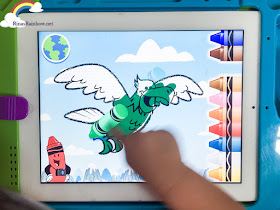 The nice part about it is it's not just another coloring app. They show a photo of the real animal too so the kids know what they really look like in non-cartoon world. But Mr. Crayon on the bottom left corner urges the kids to color the animals any way they want to exercise their creativity. 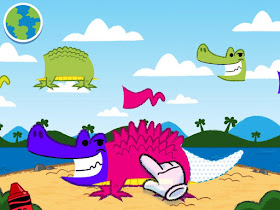 It's also got different types of mini games per animal. So it's not the same type of activity over and over. This way, your child won't easily get bored. 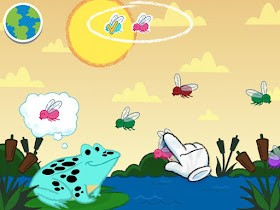 In some animals, like the frog here, the app teaches your child color recognition. It shows what color of bug the frog wants to eat, and your child has to find it, and tap it to feed to the frog. 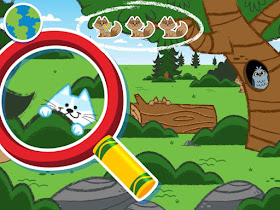 With some animals, like the Arctic Fox, it becomes a finding game. 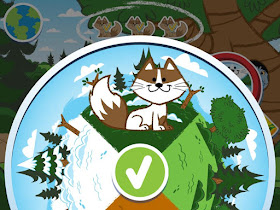 Then once you've found all the foxes, it shows you the different colors a Fox via a spinning wheel  depending on its habitat. And you child gets to pick which one she likes. 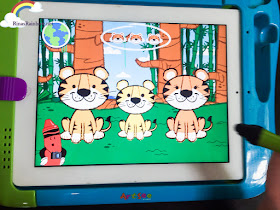 And with some animals, like the tiger, the app teaches animal sounds. Three tigers all have different animal sounds. So the child needs to point out which tiger has the correct sound of a tiger. 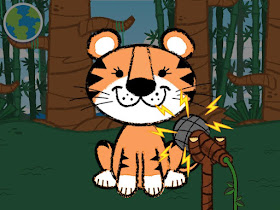 Then afterwards, a mic appears and lets your child record his own ROOOOAR!!!! These and more on the this Crayola App! Download on the App Store now! Good job, Crayola and Budge Studios!
Unknown at 2:11 AM
Share